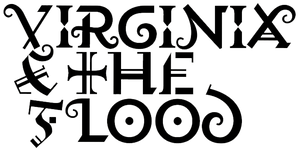 Virginia and The Flood’s 9 track debut Aqua Duck Down is an explosion of honest, brooding vocals that sprawl across a backdrop of gritty guitars and driving beats. The album is a polished and well considered presentation which showcases her fine tuned capabilities as songwriter, guitarist, producer and performer.

And if you recognise the face without the Zebra veil it might be because you have spotted Cornelia Adamson in one of her various collaborations with Swedish acts Tomma Intet, Melody Fields and Kanot.

Keep an eye on the live dates below to catch an explosive Virginia and The Flood performance over the next few months.

Virginia And The Flood is the musical brainchild of Swedish musician Cornelia Adamson who burst onto the music scene in 2019 with a string of acclaimed live shows and 3 singles to back up the hype. Now the southern-goth artist has released her accomplished debut album Aqua Duck Down to widespread acclaim and is heading into a Spring/Summer season packed with live shows having just been nominated for “Best Singer/Songwriter, Americana, Country” at Sweden’s Independent Music Awards - Manifestgala 2020.

Virginia and The Flood left Stockholm and its frustrations in her wake in 2018 and found the platform she had been looking for in Gothenburg’s open arms. And while making the most of the performance opportunities that were presenting themselves in the west coast city, she struck with three key singles, released over a 6 month period, namely; “Dear God”, “You Will Never Know A River” and “These Birds”.

From there Virginia and The Flood went on to play full-to-capacity venues at the top showcase events Stay Out West and Reeperbahn before releasing her debut album Aqua Duck Down on October 25th 2019 to critical acclaim and to two packed-out venues; Snotty Seaside in Stockholm and Pustervik in Gothenburg. 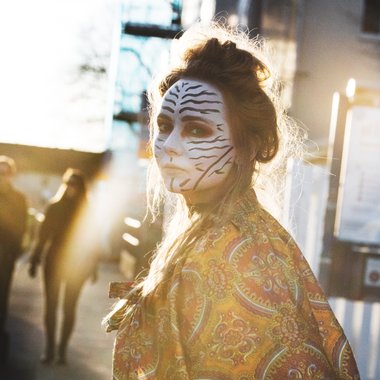 Virginia And The Flood feat. Nicolai Dunger plays their song "Deliver Me To The Ocean" Live in Studio Lyckholmia, Gothenburg, SE.